by Sıla Ekşioğlu
in Influencer Marketing

In honour of Black History Month, Famous Instagram Boutique Pink Lily decided to partner up with black influencers. Stating their aim as:

“As Pink Lily, we want to spotlight smaller, up and coming women of color on our feed, and social media platforms.Our goal is to empower new women of color bloggers and help them get their name and accounts seen.”

When Candace Jackson learned about the upcoming campaign to promote black influencers she thought she would be a perfect match, and would love to be a part of this important campaign. She is relatively new to Instagram, as she has 1400 followers at the moment. She contacted the brand, and offered to share an Instagram post & 3 stories for $100, and a reel for $250. 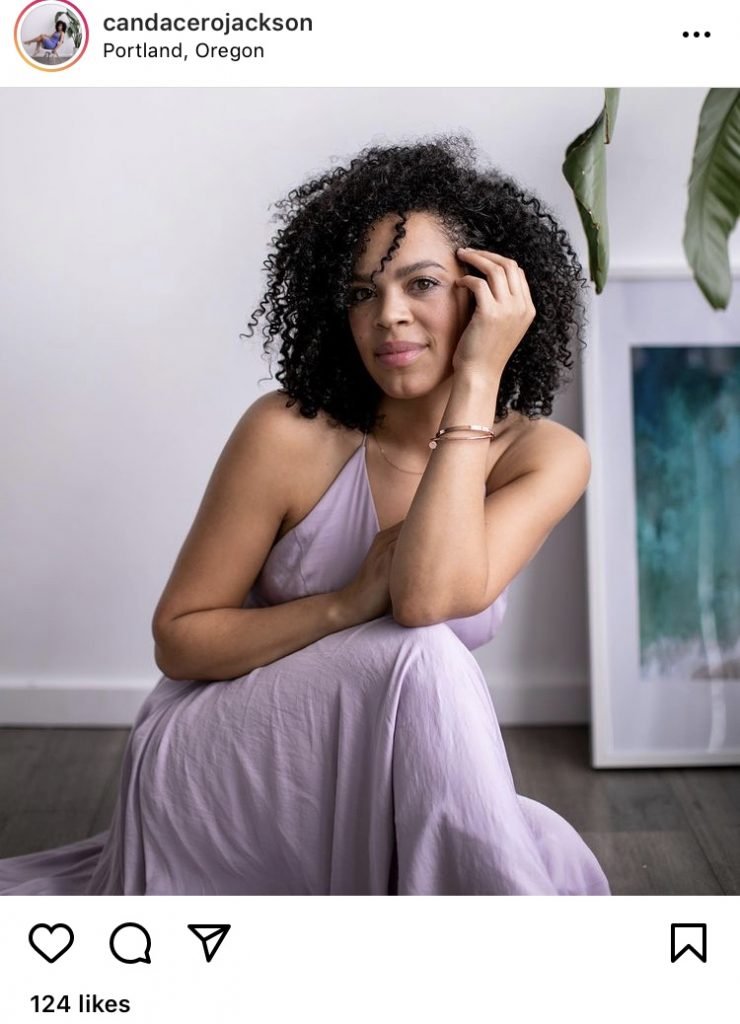 However, according to Pink Lily’s company policy, the brand does not pay the influencer with less than 50.000 followers. Instead they give free products, and provide the influencer a swipe-up link up to earn a commission of 10% of the sales. Since Pink Lily is a big online retailer on Instagram, having more than a million followers, the company will naturally provide large amount of exposure to a nano-influencer. Although this is now a typical procedure for influencer marketing industry, it is a problem especially in the case of black influencers. Most black influencers are known for getting paid less than average fee of white creators.

After the conversation with Candace Jackson, Pink Lily decided to offer her $20 for an Instagram post in proportion to her number of followers. Candace Jackson found this amount ridiculous, because in her opinion it didn’t fit the purpose of the company. She said “I’m not going to do all this work for $20”.

It alerted other black influencers to raise their voices about the unfair marketing, they had a lot to say.

Kimberly Renee was one of the influencers sharing their opinions. She is known for being very open about her opinions on black creators in influencer marketing. Kimberly stated that she was annoyed by how many brands congratulate black influencers after Black Lives Matter protests boomed last year. Since the movements, brands are trying to have more diversity in their projects without giving enough credit or playing it fair to the influencers, she said.

“This is particularly problematic, as it reads as if we’re being used as a prop to appease your temporary guilt or address customer complaints without taking real action. The lack of fair payment (or any payment for that matter) says that you still see us as people to be used up, drained, and exploited.”

On the other hand, Tori Gerbig, Founder of Pink Lily, doesn’t accept the accusations of not paying black influencers or using them for cash-grab. She explained that it is the company’s policy that if a creator has less than 50.000 followers, they are not paid in the first collaboration. If the project is successful, then influencer can be paid for the upcoming collaborations on a case-by-case basis. Besides, most of the nano influencers are happy with this deal because they pave their way for further projects through gaining exposure on big brand pages. Everything aside, Tori states that there shouldn’t be a fixed fee because not everyone can demonstrate themselves as much as others.

Likewise, Kisha Gulley said that she understands Tori Gerbig’s efforts on engagement but she also believes that an actual support would have happened if black creators were actually paid. Black influencers agree that providing clothes to black people in return of free labor is not the appropriate approach to honour black people. 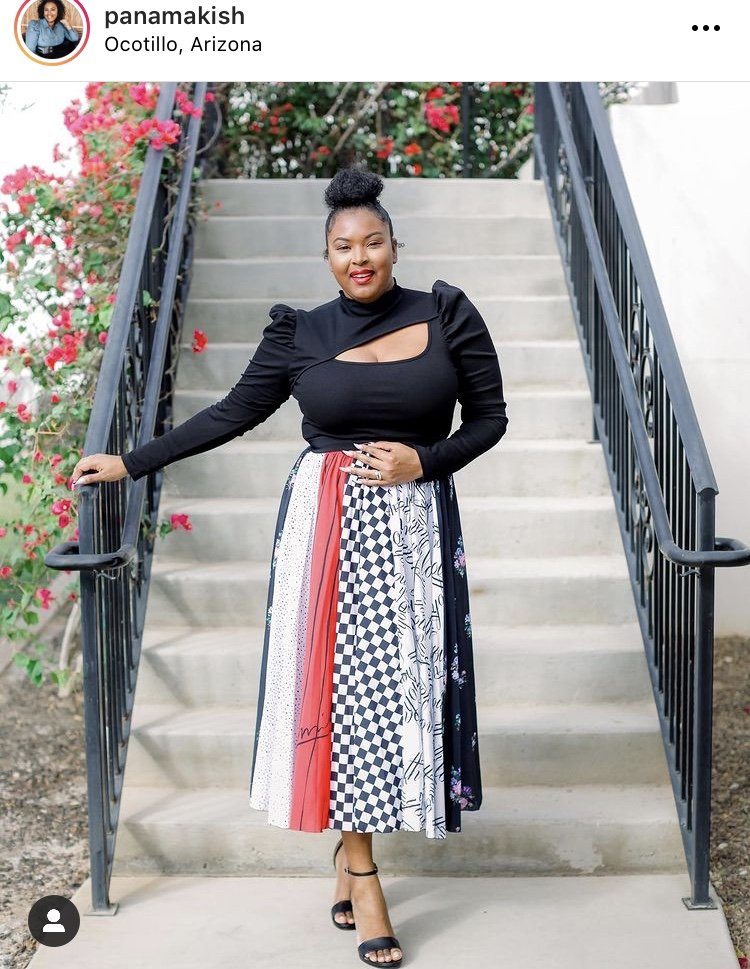 Kenid worked with Pink Lily under the black history month campaign, and claims she is pretty content with the results as she gained almost 1000 followers after partnering with Pink Lily, and it is a huge development for her carrier. 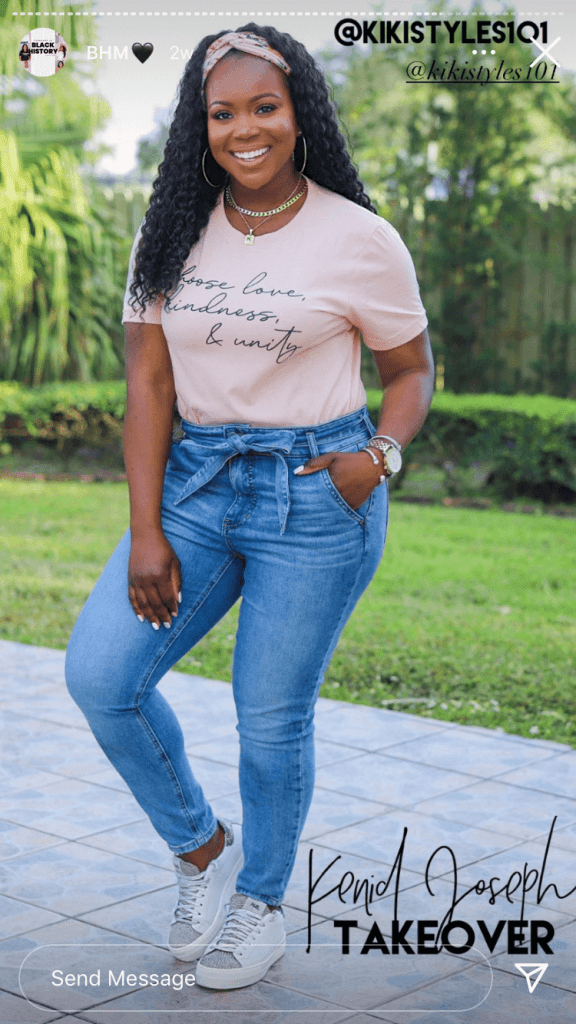 She said, “I’m not looking for payment from Pink Lily but engagement and followers, which I’ve been getting everytime they share my stories.”

While Kenid thinks exposure is gold for her, not every influencer agrees with her, for example Lindsey Lee.

Lindsey doesn’t believe that the exposure is really valuable for influencers, it is just a marketing strategy for brands to show off. Their “promotion” is not enough compensation for the effort done.

In the end, Tori Gerbig said Pink Lily changes its payment requirements only for this specific campaign, lowering it to 10.000 followers from 50.000, as it is really hard to find black creators with more than 50.000 followers. She also stated that she found these criticisms unfair because they don’t discriminate black creators, their terms are the same regardless of skin color or ethnicity, it is just how they work.

It is a fact that there is a discrimination for black people in influencer marketing campaigns. Do you agree that Pink Lily exploits black people by not charging them with fees or do you find it fair considering the follower numbers? What is the optimum way for these kind of partnerships? Let us know by commenting below and don’t forget to follow us on our socials!