Today on the Daily Bugle:

by Berk Fidan
in Get Inspired

Marvel’s social media marketing activities are one of the greatest examples of why you need a killer social media strategy, even if you’re a media giant. Especially for younger people, the Marvel franchise is like football; if not more popular. It’s an enormous monolith that stands in the middle of everyone’s daily lives, impossible to avoid. However, being the king of pop culture does not come naturally. Here’s how Marvel uses social media to its advantage.

Marvel’s pretty well known for their teasers and Easter eggs. A defining feature of any Marvel movie are the post-credits scenes that make way for endless theories about the next movies. However, these teasers don’t end on the silver screen. Marvel makes sure to use its social media power to keep everyone on edge about what’s to come.

A crucial part of this strategy is to never give too much information. The newer Marvel movies are different in that they actually contain events that affect the entire cinematic universe. This requires a whole other marketing approach than the ones used for movies like the first Iron Man. The older movies were self-contained stories, which made extensive trailers possible. Those trailers could show just about any scene, as long as they sold tickets.

With the newer Avenger movies, on the other hand, every single thing on the teaser matters. Infinity War and Endgame are crucial stories that affect the entire universe, so Marvel tries to keep everything fresh for the cinema screens. As a result, they either keep the trailers limited to the first few minutes of the movie, or focus on characters instead; not giving away a lot of the plot line either way.

With such an important place in popular culture, and thousands of fan posts everyday, you would think Marvel  wouldn’t do much to encourage user generated content. And you’d be wrong.

The new Marvel’s “@CaptainAmerica: Civil War” trailer is here. Are you #TeamCap or #TeamIronMan? https://t.co/Hd77QTCpF2

Going back to 2016, let’s take a look at how Marvel further dominated the social media scene with a campaign geared towards increasing user generated content. It was the year Civil War came out, and the plot revolved around the battle between Iron Man and Captain America. All of this came with a pretty strong debate among the fanbase, dividing them into groups which supported either of the characters. Marvel further cashed in on that debate, and asked everyone on Twitter whose side they were on. With the viral hashtags #TeamCap and #TeamIronMan, Marvel broadened the Civil War promotions to millions of native social media accounts.

Whatever it takes. Watch the brand-new trailer for #AvengersEndgame, in theaters April 26. pic.twitter.com/Irsq173RP2

Every one of Marvel’s leads are stars on a global scale. With millions of followers among themselves, simply having the actors tweet is an influencer marketing project on its own.

As a part of the promotional campaign for Endgame, Marvel pulled off a pretty clever stunt on Twitter. The phrase “Whatever it takes” was the tagline for the movie, just as “Always” was for Harry Potter. Marvel didn’t simply place the tagline in the trailer and hope for the best however. The tagline was tweeted by all the Marvel stars.

This resulted in the phrase going viral, becoming one of the most well-remembered movie taglines; and grew a lot of hype for the upcoming movie. After all, what’s a better strategy than having multiple global movie stars tweet for you? 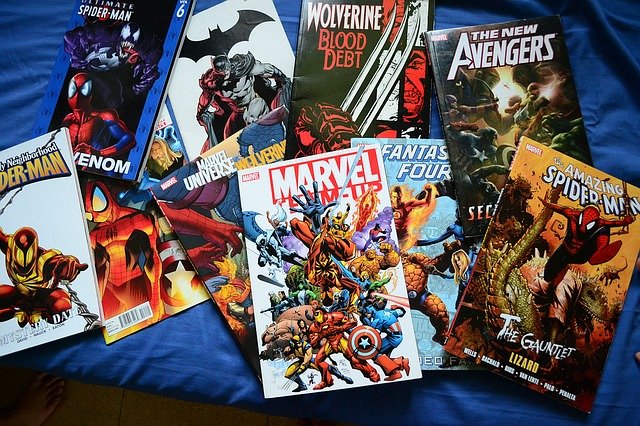 What we may sometimes forget, is that Marvel is more than just the cinematic universe. In fact, Marvel Cinematic Universe (MCU) is still a toddler compared to the comics which started it all.

While the Avengers and Marvel Studios accounts are dedicated to MCU, the main Marvel account brings all the fans together. They make sure to post about everything in the franchise; from comics to the movies and games. Doing so, they do a great job at bundling up every leg of the franchise, making sure to attract you into dealing with a broader part of it.

How do you feel about Marvel’s social media strategy? Does it inspire you in any way, or do you think there’s room for improvement? Let us know in the comments section down below, or slide into our DMs!

Who Are the ‘Island Boys’ and What Is All the Fuss About?

Officials in Canada say a group of influencers, wh

Is TikTok promoting ADHD and other mental ilnesses

TikTok has been swept up by the ‘Island Boys’.

Youtube Rewind last met the viewers in its well-kn