Influencers And Mental Health: Is It A Vicious Cycle?

Is being an influencer really glamorous?

by Büşra Gündüz
in Opinion

We have already talked about the downside of social media in our previous article. The glamorous look of IG profiles can cause users to question their lives. How many of us have asked ourselves what we are doing wrong to not live that dream life?

We also talked about the beautification of mental illnesses on social media. Even though talking about mental health is helping to break taboos surrounding it, it also causes to over-simplify and make the struggling look cool. This results in the mostly younger generation wanting to have these illnesses to be “cool”. But what about its effects on influencers?

We always see influencers in their best selves. With perfect angles and good lights, they are always living the dream. However, social media affects these people’s mental health just as much as your friend next door. Imagine being under the pressure of always having to look good & presentable, and going into a mental breakdown if a photo of you looking rough is released. You might think to yourself “this is easy, they have the means to look good”. And you are right to some extent. However, you are forgetting that influencers are just regular humans after all. In the long term, this thinking pattern leads to mental illnesses on influencers.

One of the things that makes it hard to overcome this mental illness for influencers is the constant hectic work environment. When your life depends on the content you create, you constantly worry about the next project, the next video, and the next collaboration. This lifestyle can result in a creative burnout at an early age, which is why most young and famous people find themselves in problematic situations later on.

Another thing is that when these influencers decide to be open about their mental health, they receive backlash from their audience. As mental illnesses are usually associated with poor living conditions, influencers are labelled as spoiled and arrogant when they are having mental health issues. This results in influencers not being able to talk about it openly, making it a taboo for themselves, and maybe even avoiding diagnosis. They might focus on working more, which again causes burnout for these people. 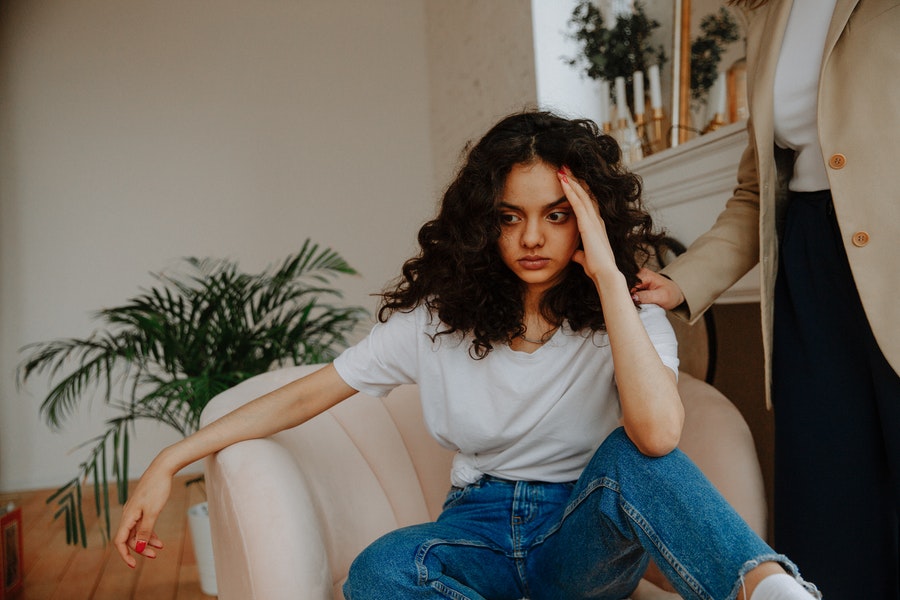 The Chicken and Egg Problem

Struggling with mental health is never easy for anyone. It is not easy to reprogram your brain to think differently. And it doesn’t become less serious when influencers are the people with these struggles. But why do so many influencers have these illnesses, and why are the numbers increasing?

We can call this the chicken and egg problem of digital media. The perfect looking feeds and the glamorous looking lives are created by the influencers themselves. They are the ones portraying themselves in shiny lights. So it is naturally a matter of time until they feel crushed under the pressure they created themselves.

However, there is also the demand from the audience for this glamorous lifestyle. Nobody wants to follow someone living the “normal life”. The audience wants to see the different, out of the ordinary life on social media. This ultimately leads to influencers presenting themselves in this light, even if they are not doing that well in real life.

Is there a solution?

In the short term? No. As long as the audience wants to see what they don’t have, influencers are obligated to live a luxurious lifestyle, always create perfectly curated content, and never take a break. On the other hand, as long as the influencers are creating these types of pieces, the audience will not realize the pressure influencers are under for their profiles. It is a vicious cycle. And even though there are some influencers breaking this cycle, it is still not enough to make a change in the sector. There are also unfortunately influencers using mental illnesses for profit, which is also making it harder for influencers with real diagnosis to talk about their struggles.

To solve this problem, both parts should drastically change their expectation from each other. With the Gen Z joining the social media, there might be a change in what people want to see on these platforms. As Gen Z is not as self-conscious about talking about their mental health struggles, it could also affect the way influencers are handling this subject. However, there is still a big part of social media users, mostly adults wanting to see the perfect lifestyle they aspire to have. It will be long time before a drastic change happens, but we sincerely hope that it will happen at some point.

What do you think of the relation between influencers and mental health? Leave a comment down below or hit us up on our socials!